What? You thought you graduated?


Please use this technique to recreate color that is specific.

I use my curve tool to its maximum limit.
Basically, if you have a car, you full speed max to the pedal. Non stop.

The first concept to understand when using curve tool is to use all adjustments.

There are 3 adjustments in curve tool.
Step 1 is to get out of normal. 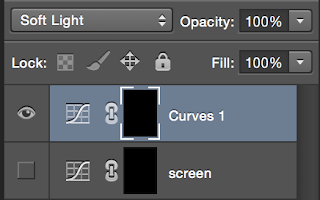 know what you're choosing

Darken, Multiply, Color Burn... all those clustered are to darken pixels.
From Lighten to Lighter Color are lightening effects.
Overlay all the way to Hard Mix deals with contrast.
Rest is yours to explore.


Step 2 is the curve itself.
There are RGB, Red, Green and Blue channel. 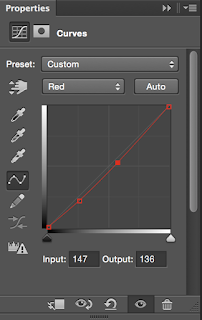 changes are very delicate, because layer is no longer 'Normal'.
adjustment requires accuracy. 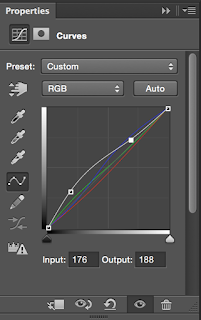 with combined 4 layers,
changes no longer seem to be small.

The key is to use all 3 colors to adjust.
While RGB channel seems perfect that controls all, it is easy for colors to add noise and/or reveal undesired color. 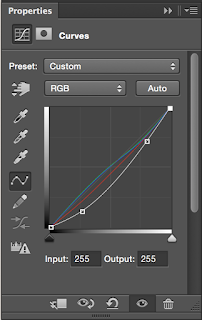 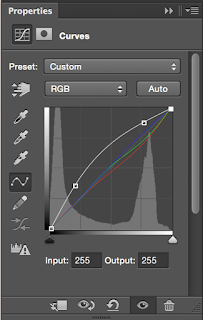 notice the green between red and blue.
it is bridging the two, and thus therefore adjustment was needed.

The R,G and B-channel controls will balance the effect of the curve even further, resulting in much controlled color in your photography.
Consider this minute control as a support to your daily curve tooling.

So, eff'ing the pixel is a term used in a small part of the retouch community when involved in journal photography.

Why the eFF, would journal photo need a retoucher?

Retouchers are specialized creatures. In the photo industry, they are kind'a like-a wizard that can do magic (breast enhancements to nose jobs!), or breaking rules.

In journal photo, u cannot put an extra arm on a person's head. You cannot fake a man being slaughtered and cannot black out like really black out some parts in the photo.

So, the industry rule in digital medium goes to "don't fuckkaround wit the pixels."

You cannot alter the physical (oxymoron lol) pixel in any way, period.
Editing can go only as far to what darkroom could have done. Photo darkroom.

Today that can mean a lot.
We have the capability to zoom to 800% and retouch pixel by pixel.
RGB channels can be edited at pixel level. This was big.
That 1 pixel that's magically green is illegal to blow out using j-tool or the stamp tool, but it can be legally adjusted manually by switching your RGB parameters.

When dealt with 40-years old photos (i.e.: Elvis portraits), this pixel rule gave new light.
Evident color noises from decade old photos were adjusted so it be nicer looking. legally.
Posted by CHARLES OSAWA at 3:00 AM No comments:

Black and White is always about contrast.

It's easy to add contrast these days.
But it's hard to preserve beauty.

Top image has no pixel f'ucked around (*for skin brightening). This is a strict 'industry term' like the infamous Fxck-me-light.

The term Fuch-me-light, according to Pulitzer award photographer David Turnley was invented by the National Geographics photographers.
It was always the shots those were shot during the magic-hour (twilight hour, during dusk or dawn: +-30min. of sunset/sunrise) that made to the cover, so-to-speak.
So when the question of "when did you take this photo?" became routine to answer "during dusk" or "during sunset", it allegedly evolved to "oh during sunset/rise when the light was like F8CK ME" then became to "I shot these during fvck-me-light."

and the response was, 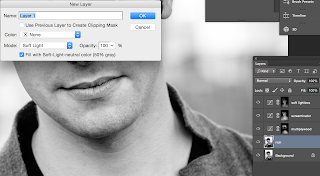 When you press (alt/opt. + click the 'create a new layer' button) you get the "New Layer" box.
There are more ways to get to this 'box'. Ask google.

Copy what I clicked.
My ex-NY photographer friend Taichi showed me this trick. 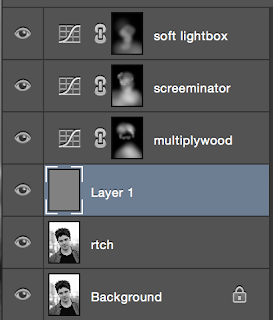 I created this 'Soft Light-neutral' layer to trick the computer.

This is how it works.

Layer (Neutral + Contrast = Nothing happens) + (burn'-n'-dodge tool) = Super-safe light-data quick Burn-n-Dodge layer that does not affect the pixel. It's an overcast.

(**There are advantages and dis-advantages using any tricks. Please b smart)

Burn and Dodge tool affects pixel itself. This trick is to avoid direct interaction between the two. This trick is standard in some part of the industry.

The advantage of Burn and Dodge tool is standard in retouching skins.
It's the most delicate tool that has the versatility and ideal effect over pixels when recreating beautiful skin. 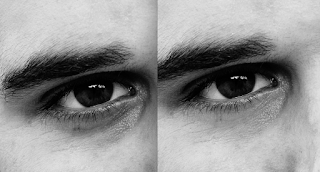 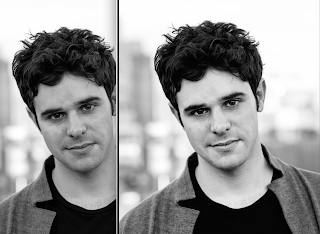 compare and contrast
this is about 60-80% done

Usually, you would zoom to 400% and be using a wacom pen, at brush-size aligned to skin's each creases with strength 2-5% for burning, 5-10% for dodging ("It always burns faster").

That is for high-standard fashion and it takes x8-time to complete.
For I-Don't-need-to-Cyborg photos, I only zoom to 200%, and would be using watevs that makes him look good.

Posted by CHARLES OSAWA at 1:46 PM No comments:

"My teacher said, it's all about the 'masking'."

I'll mask you soft and hard. Get you excited, because it's twisted. That's Photoshop 101. 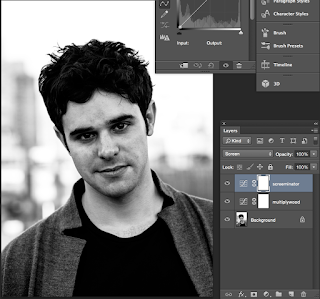 I made two layers here. Screen and Multiply.
both layers are untweaked.
ON: Opacity - 100%


This is Marc Iserlis.
He is an aspiring young actor hopping around NY and Asia and stuff like that.

I put my 'Curve' on 'Screen'.
(My Curve layer "screeminator" is switched to 'Screen' whereas its usually 'Normal'.)
((I usually use 3 layers. Darkening, lightening and contrast. as standard...))
Then I do changes on the 'Curve' tool. 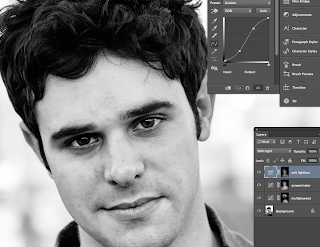 The third layer is 'Masking'.

You select what where when why who and mask the shit out of it. Make it happen. 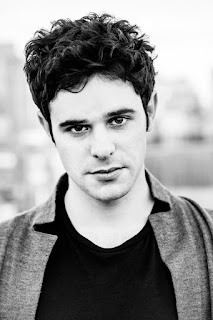 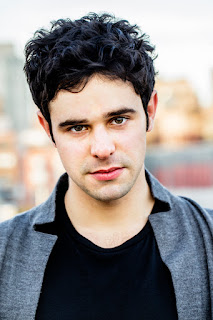 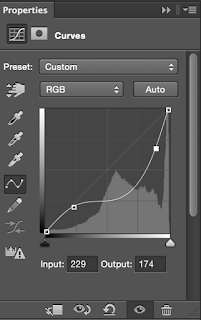 I am posting my first "cutting-the-mountain-curve".
My effort to balancing the skin-tone ended in shaving off some edge. Or perhaps de-contrasted some (skin)tone.
Posted by CHARLES OSAWA at 4:53 AM No comments: 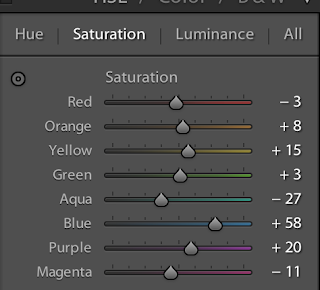 You can create contrast between presented colors by adding contrast in Saturation.

Color is 3-dimensional.
Hue, Saturation and Tone. Tone is Luminance.

The coordination of the points presented in the graph above tells you that it basically looks like wave.
This one will make Yellow color more 'pop' because the dudes next to him are shorter.

Then the BPM is the side gangs that also pops out head high.

The deviation between Aqua and Blue dictates the emphasized contrast of Blue due to ooh jee sleeping time has approached........

good night.
Posted by CHARLES OSAWA at 1:51 AM No comments:

It's not like i got like mountain and wave fetishes, but it would be nice to be there.

We all like nature n it finds us.
Posted by CHARLES OSAWA at 12:28 PM No comments: 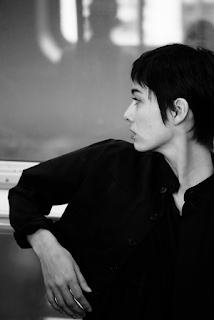 i didn't even photoshop it.

this shot is not that great.

That's really the only reason.

otherwise, it could've been something.
Posted by CHARLES OSAWA at 10:09 PM No comments: 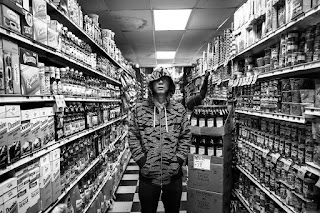 Im not so sure but I'm done.

I may change in the future...
Posted by CHARLES OSAWA at 10:18 PM No comments: 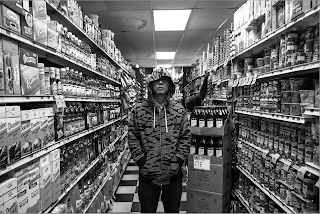 I've converted this image to BW to see if I can see something new.

Cutting down information (color) to see some more.


Ansel Adams was the man who mastered Black and White back in the days.
He created this system that almost everyone followed. Nowdays it's a trend to break the system.
The system was called the Zone System.

Zone System is a system of Black and White photography that are expressed through the full spectrum of grayscale.

What the fu@k that mean?

It means two things.
1- It uses ALL grays between black and white.
2- I don't know why but 100% white (overblown) is looked down with a frown.

It is only now, that hot photographers like Jacob Aue Sobol (Magnum) started homaging Moriyama that made breaking rules prestigious.

Breaking the Zone became one of the hottest standard in photo.

So, the art of 1-tone (BnW) is that, information is cut down.
Contrast of presented information results as a result.
It means we focus on different things, like shapes. Figures and symbols.
Because there are no more pretty colors to distract, so then the subject speaks.

And contrasts add more attention to subject captured.
So Daido learnt all from Eikoh Hosoe, an unmatchable figure in Japan's Black and White photography.

And we are learning to lose all from click-post-likes.

Or not... as we transcend, sharing informations.
Such become influences; cultures shared among humanity.
Like, William Klein being Daido's influence in photography too...
Posted by CHARLES OSAWA at 9:37 PM No comments: 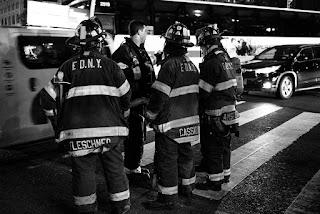 Posted by CHARLES OSAWA at 7:27 PM No comments:


Color is key to color photography.


Color comes in 3 dimensions. Hue, saturation and tone.
But photography is not a painting.
It captures reality. Photon.

To correctly photongraph you have controls of; color balances, exposure and something else.

or is it, style or attitude?

All you know, is... that color is key in color photography.
Posted by CHARLES OSAWA at 12:53 AM No comments: 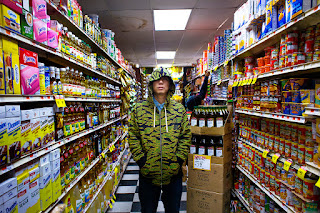 I feel like my color here is not alive.

I'm a zombie. And my photo tells me so.
Posted by CHARLES OSAWA at 12:16 AM No comments:

I did a test for a friend. 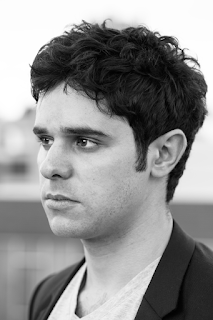 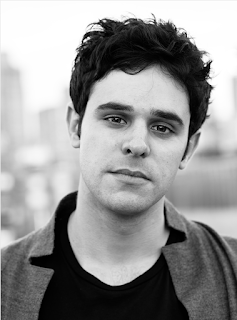 I photoshop after choosing.
not much though.
but enough.

his name is Mark.

Posted by CHARLES OSAWA at 11:38 PM No comments: 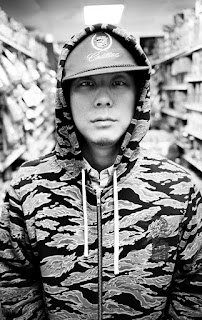 this one is done.

this is dj cutbird.
Posted by CHARLES OSAWA at 11:16 PM No comments: 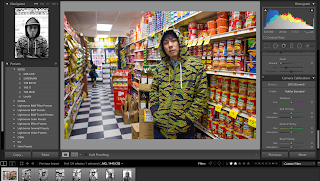 
Posted by CHARLES OSAWA at 9:30 AM No comments: